Dedication of the War Memorial after The Great War 1914-18

The Battle of Blacksole Field

It is 1554 and a simple field in Wrotham Village is alive with men fighting. The field is Blacksoll filed and the Royalist men of Abergavenny, who supported Queen Mary, were the stronger army and the rebels of Thomas Wyatt the Younger suffered 60 or more serious casualties and deaths. 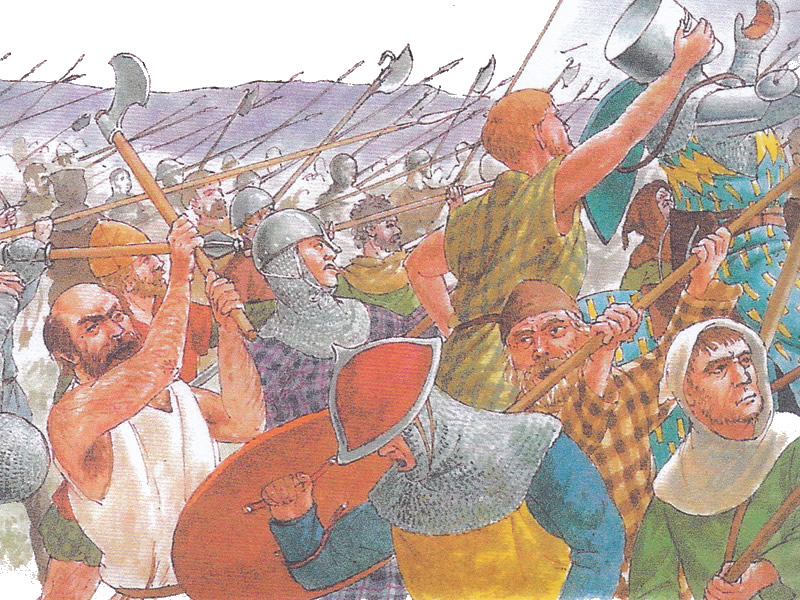 The rebels put up a brave fight but were poorly armed against horsemen and trained fighters and after a short and brief battle broke and ran away as fast as possible and fled to Hartley Wood, some 4 miles away where they joined the main rebel force on its way to London to press their demands.

This situation occurred following the proclamation in Maidstone, by Thomas Wyatt the Younger which opposed their marriage of England’s Queen Mary to Philip of Spain.

This proposed marriage brought fear of domination by Catholic Spain where the Inquisition had fostered a strong resentment against Spanish Crown.

Wyatt took action and set up his rebel headquarters at Rochester with 1500 men and awaited further reinforcements.

Royalists in the Queen’s Court, Southwell and Abergavenny brought 600 men together at Malling near Wrotham and then took his force to a nearby area known as Borough Green in an attempt to prevent Wyatt’s men, led by Isley and Knewell brothers, from joining the main rebel force with their 500 men.

Following the battle at Blacksoll field Wyatt assembled his now 4000 men and march to London through Gravesend, Dartford and on to Blackheath.

The Queen’s forces delayed further rebel action by negotiating and during this lull built up a force of 20,000 men to defend the City and Tower of London in which the rebels demanded the Queen be held to prevent the marriage taking place.

At Southwark, Wyatt discovered that he had been tricked and that he was seriously outnumbered. He tried to take the city by diverting to the west, but after several engagements and the departure of many of his followers, he was captured. On March the 15th 1544 he was sentenced to death. A month later Wyatt the Younger was beheaded, and his limbs were circulated round the town. The rebellion was over and Mary married Philip.

In recognition of this piece of history Blacksoll (Blackhole field) remains near the Pilgrims Way where you can find Blackhole Land and Battlefields which maintain the history of Wrotham Village’s turbulent past.